All change at ATCOM

Election of Chairman and Board

Nick Cruz, who served as its Chairman for three years, stepped down and a new Board was voted in. This is Marc Ellul’s second term as Chairman having previously served between 2011 and 2014.

At a well-attended Annual General Meeting on the 27th June 2017, the membership unanimously elected their new Board for the next twelve 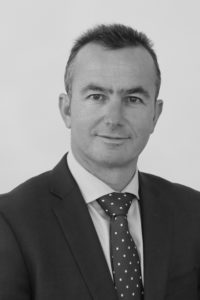 The outgoing Chairman, Nick Cruz, reported that ATCOM had worked hard during the course of the year on many matters including:
Various international exchange of tax information exchange mechanisms namely, FATCA

s, on the practical steps required to comply with such mechanisms.

ATCOM engaged with Government on the format of the new tax return which is now required to be filed in respect of all Gibraltar companies. ATCOM was also involved in providing feedback to Government regarding the regulation of practitioners creating and managing Pension Schemes and Foundations.

Very recently, the Chairman and Vice Chairman were consulted by Government on the implementation of the requirement to establish a register of beneficial owners as required by the 4th Anti-Money Laundering Directive. ATCOM took specialist legal advice and was able to make constructive contributions to issues of potential concern to the industry.

The new Chairman, Marc Ellul, said he would strive to continue ATCOM’s good work over the past year. Apart from the usual matters ATCOM currently deals with, he is keen to focus his chairmanship on education and has already had preliminary discussions with the University of Gibraltar to create a company management course. This is at a very early

stage but the current plan is to have three modules: Gibraltar company law, company administration and regulation/compliance. The aim is to design a Gibraltar-specific course which focuses on our particular laws, procedures and practices.

On behalf of the Board and the members, the new Chairman would like to express his thanks to Nick Cruz for the excellent work he has done for ATCOM over the past three years. He has very ably steered ATCOM through a challenging period and has succeeded in securing the best possible outcomes for the industry.

Introduction
The role of ATCOM and its Board is varied and of late rather intense. It is never quiet, just sometimes less busy. Whether it is attendance at GFCC meetings, or project led, it is unending. I cannot express strongly enough the importance of having a good and supportive board and the assistance of those in the GFCC and HMGOG who are very willing to engage in a mutually beneficial rapport. Many of those in the GFSC have also assisted ATCOM greatly. Collectively I believe we deliver to you, the members a voice that influences and shapes our industry and allows us to survive and indeed even prosper in times where the obstacles seem almost insurmountable. Few of us 20 years ago

would have predicted that ATCOM members had any sort of future in this regulated and transparent world we live in. Indeed, I suggest that most, if not all would have choked at the thought of doing business with online disclosure and the levels of regulation we need to address.
I want to publicly thank all Board members, and specifically Marc Ellul, my Vice Chairman for tireless support. I also thank the above mentioned third parties and interlocutors. The work we have been involved in has been comprehensive but would include the following:
FATCA CRS DAC
2016/2017 can only be described as a year that has seen seismic change in the way the world does business, with transparency really biting. We may have views whether this is good or bad, an infringement of basic rights to privacy and freedom, or something that should be welcomed.
To some extent it is irrelevant what we may feel, the bottom line is: it is here to stay and this is the world in which we must trade and flourish. For my part, I view transparency as an opportunity given that if nothing else (save perhaps the US who is “special”) the level playing field is here and this is what we as an association and as a jurisdiction have fought for.
The requirements to report differ, depending on the institutions and the structure and assets and manner in which they are held.
It is not for ATCOM to advise or steer and we do not. However given that ultimately the practical implementation of FATCA and CRS DAC is down to the interpretation of the law in the form of the IGA and subsequent Regulations for UK and US FATCA in 2015 and CRS DAC Regulations in 2016, ATCOM has assisted members (wanting to avoid the individual costs of instructing counsel to advise) by seeking advice from the best and most eminent London based QC in the field, namely Philip Baker QC from Field Court Tax Chambers. And so having previously received legal opinions from Mr Baker in April 2014 on the UK IGA, we sought and obtained on the 2nd August 2016 further advice in relation to CRS DAC and what the proper interpretation should be to the relevant regulations in a general sense and in so far as they relate to specific situations including the nominee shareholder or bare trust situations. As in the past we have tried to assist HMGOG in their implementation by sharing our opinions with their advisors and it would be fair to say that considerable time has been invested by me and our Vice Chairman and board in trying to use our resources to assist HMGOG.