Always looking to educate, elucidate or occasionally eviscerate the mysterious profession of Law, Cruzlaw’s blog is here to do at least one of those big “E’s”. Time to turn to educate as probably one of the biggest questions we are ever asked is what exactly is the difference between a solicitor and a barrister? It isn’t quite as simple as that though because there are several terms such as Lawyers, Attorney’s (sometimes followed by “at-law”), Barristers and Solicitors and though these days everyone goes through a law degree of some kind there are varying levels as well as skills that are needed for differing kinds of practice. So pin your eyelids open and read on. 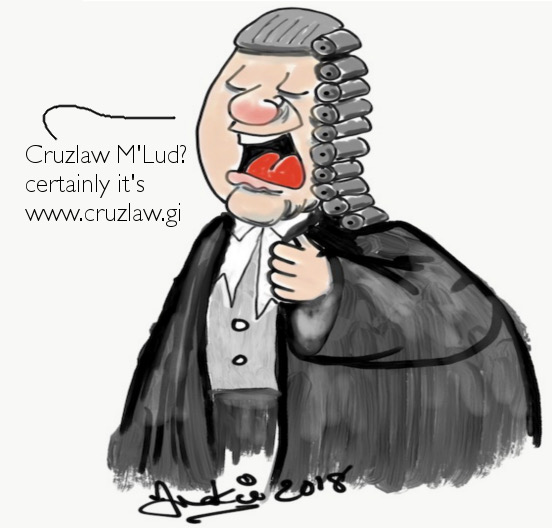 A Lawyer  is a general term for a person who gives legal device and aid and who conducts suits in court. By suits I don’t mean the one they are wearing below their voluminous gown. This kind of suit put simply is a “lawsuit” an action or procedure in a court of law between one party or another. This title therefore would be the general term for all practitioners or members of the legal profession.

An Attorney or, more correctly, an “attorney-at-law”, is a member of the legal profession who represents a client in court when pleading or defending a case. In the US where I think they just like to change it so they look different half the time, attorney applies to any lawyer whether they represent in court or not. This is why you will often here the term on UK television dramas “get a lawyer” but in the US, “get an attorney”. The word attorney comes from French meaning ‘one appointed or constituted.

Now, in the UK, those who practice law are divided into Barristers and Solicitors.

A Barrister represents clients in open court he may also appear at the bar. This could why so many legal cartoons feature wigged lawyers, oops barristers, with red bulbous alcohol soaked noses as people believe they are always at the bar but it isn’t. In fact the Bar is what, once qualified, a lawyer is “called to” in order to argue cases in open court. The bar refers these days to the barrier surrounding the court dividing the public from those barristers, court workers and judge(s) sitting within.

Solicitors are permitted to conduct litigation in court but not to plead cases in open court. Solicitors can argue in lower courts, magistrate courts for instance. It is also true that barristers do not deal directly with clients but through a solicitor. Going back to the definition of attorney coming from French meaning ‘one appointed or constituted’ its original meaning is of a person acting for another as an agent or deputy. A solicitor would be the UK equivalent of the US attorney-at-law and in UK he would act for a client when dealing with a barrister. I know, I know it’s all getting convoluted.

There are also a couple of other words we hear. First Counsel and Counsellor this usually refers to a body of legal advisers but also pertains to a single legal adviser and is a synonym for advocate, barrister, counselor, and counsellor-at-law. As well as Advocate, who is someone who puts a case on someone else’s behalf.

It seems many especially in the US are pretty much interchangeable but in UK given the longer history and traditions of the legal profession you maybe have to choose your words wisely .. except of course for a “judge” who could just be known as the “Beak”, but that’s another blog.