David Cameron said cracking down on corruption was needed to “tackle extremism”.

The prime minister made the comments at an anti-corruption summit in London that he is hosting. The summit is part of Mr Cameron’s attempt to lead a wider global effort to crack down on corruption. Foreign firms that own property in the UK must declare their assets publicly in a bid to stamp out money-laundering, the government has said. “The absolute key is having greater transparency. And you can see countries committing to exchanging more tax information, exchanging more ownership information and — in the case of the United Kingdom and some others — actually for the first time, having not just a beneficial ownership register — who owns what — but also making that public so it can be investigated by others,” Mr Cameron said.
John Kerry, US secretary of State, said corruption threatened countries because it fed crime and terrorism: “Corruption, writ large, is as much of an enemy because it destroys nation states as some of the extremists we’re fighting.” Mr Cameron said that people in developing countries wanted justice as much as they wanted clean water and health care. 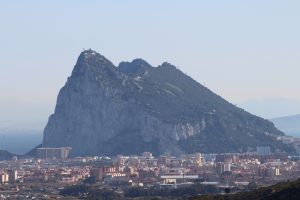 property in the UK as well as those seeking to buy. It said the register would mean “corrupt individuals and countries will no longer be able to move, launder and hide illicit funds through London’s property market, and will not benefit from our public funds”. It said foreign companies owned about 100,000 properties in England and Wales and that more than 44,000 of these were in London. World leaders and politicians, including the presidents of Nigeria, Afghanistan and Colombia are attending the summit, as well as organisations such as the World Bank, OECD and the International Monetary Fund (IMF). The gathering aims to produce a global declaration against corruption. Tax havens with UK links, including Bermuda and the Cayman Islands are represented, but the British Virgin Islands is not at the summit. Neither is FIFA, football’s governing body, which is at the centre of a large bribery scandal.

Some of the UK’s overseas territories and Crown dependencies will join 33 other countries in agreeing to share automatically their own registers of company ownership, information that will be accessible to the police and tax authorities. Campaigners and charities such as Oxfam would like the UK’s overseas territories and Crown dependencies to go one step further and make their registers public. There are also plans for a new anti-corruption co-ordination centre in London and a wider corporate offence for executives who fail to prevent fraud or money laundering inside their companies. Mr Cameron said they were looking for greater transparency and were introducing a code of conduct for professionals such as accountants, solicitors and estate agents who enabled corruption, either knowingly or unknowingly. He wanted to see how assets could be recovered, with legislation being introduced in 21 new countries. The anti-corruption summit is being hailed as the first of its kind, bringing together governments, business and civil society.