Biggest noise at the moment is Bitcoin, the constant stories of it’s demise yet again are falling on deaf ears. Today and in fact general trend is strongly advising to “buy” bitcoin clearly a sign of confidence from the market irrespective of what commentators some places are saying.. remember not everything on twitter is true. Which doesn’t hold here because I’m just saying what I see not telling you what to do. You’d need a lawyer for that .. hey I know a few at Cruzlaw!

For endorsements look no further … Celebrity hype is something that cryptocurrency doesn’t seem to be short of. This is from Business Insider Malaysia. From rapper 50 Cent flaunting his accidental millions made from forgotten Bitcoin sales in 2014, to actor Jamie Foxx promoting a token sale of free cryptocurrency trading exchange Cobinhood, it seems like cryptocurrency has its own star-studded cast. American actor Steven Seagal is the latest personality to jump on the bandwagon and he is already miles ahead of his celebrity peers when it comes to cryptocurrency endorsement. In a Twitter post on Feb 19, Seagal announced that he had become the worldwide ambassador for newcomer cryptocurrency Bitcoiin 2nd Generation (B2G) ahead of its initial coin offering (ICO).

On the press release he is even referred to as “Zen Master” Steven Seagal complete with his own zenism (I made that word up.. I think). 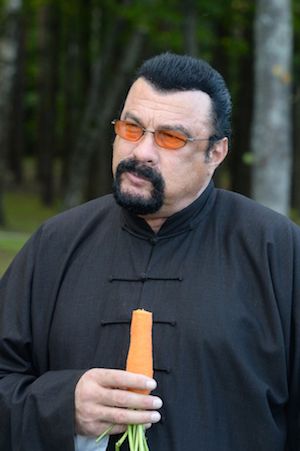 Zen Master, Steven mentioned an old Chinese saying “Flow with whatever may happen and let your mind be free. Stay centered by accepting whatever you are doing. This is the ultimate”. by Chuang Tsu.

His contributions to and support of charitable causes, myriad of talents as well as an admirable personality were also cited as reasons for his anointment as brand ambassador. This is likely the first time a celebrity has assumed the mantle of being the literal representation of a cryptocurrency beyond plain endorsement.

Others however are using their new found bitcoin wealth for more philanthropic uses. “Pine” the anonymous founder of the Pineapple Fund has pledged to give away approximately $86 million in bitcoins. The initiative was launched on Dec. 13 with a post on social news site Reddit that invited registered nonprofits to fill out an application for consideration. The announcement coincided with a series of impressive initial donations: $2 million to Watsi, a tech firm working toward universal healthcare; $1 million to the Water Project, which works to create sustainable drinking water in Africa; and $1 million for the Electronic Frontier Foundation (EFF), which is active in the fight for net neutrality. To date, the Pineapple Fund has donated over $52 million to 57 charities, ranging from the Internet Archive to the Tennessee River Gorge Trust and Nuzzles & Co., a pet rescue and adoption agency.

What was that link again?  And finally if you think taxation could be difficult check this story from the Register.

The idea that Bitcoin and its ilk create uncontrollable and un-taxable instruments no government can control has been dealt a blow in Israel, where the local Tax Authority has ruled cryptocurrencies are boring old property. In a circular distributed by the authority dated February 19, the organisation said cryptocurrencies can’t be considered a form of money. The document confirms a draft first published on January 12, 2017. Taxation will therefore apply “according to the nature of activity” in a virtual currency, the circular said. Someone handling cryptocurrencies at a purely individual level – in other words, buy, hold, and sell at a profit later – will be liable to between 20 and 25 per cent capital gains tax. That rate will also apply to businesses mining and trading cryptocurrencies, and there’s an extra slug: value-added tax will be levied at 17 per cent. VAT doesn’t apply to an individual whose sole activity is for investment purposes, because “a distributed means of payment is an intangible asset”, the circular said. Someone whose activity meets the definition of business will also be classified as a financial institution, the circular said. That classification means another layer of regulation in addition to taxation.