Whilst Gibraltar law is closely aligned to UK law we do not have exactly the same laws for many reasons. If you have any doubt or questions arising from this blog or the law in Gibraltar/EU please don’t hesitate and contact us at Cruzlaw. 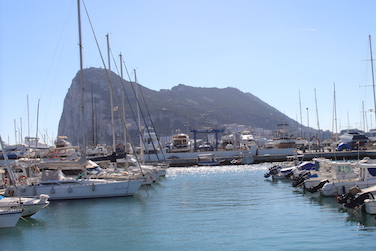 Credit goes to the Manchester evening news for this little round up of new UK laws in 2018. However there is no doubt the biggest change to Gibraltar will be the much heralded new legislation on Distributed Ledger Technology. As from January 1, any company operating in or from Gibraltar using DLT to store or transmit value belonging to others will need to be licensed by the GFSC. If you are interested in Fintech we can be of significant help to you.

From May 2018, 293,000 cars in Britain will be exempt from having an MOT test. Under new plans, cars that are over 40 years old won’t have to take the annual road safety test. This means arou

nd 1.5 per cent of cars in Britain will not have an MOT certificate, but will be road legal. The Department for Transport defended the decision from suggestions it was an unsafe move, by saying owners of older cars usually keep them in the good condition and don’t use them regularly enough for an MOT test to be necessary.

Drones – unmanned aircraft – are becoming increasingly regulated amid health and safety fears. In 2018, the UK government is introducing new laws which mean users will need to take a basic online safety test and register their drone in order to lawfully use it. Police will also be able to search and seize drones if they have grounds for suspicion. The test has been described as ‘similar to a driving theory test.’

Part of Theresa May’s pledge to create a ‘hostile environment’ for illegal immigrants in Britain, banks will carry out immigration checks on 70m accounts from January 2018. The checks will happen four times a year and banks will freeze the assets of illegal immigrants. The Home Office expects the checks will identify 6,000 failed asylum seekers and visa overstayers. However, the plans have attracted criticism as it is feared people who have legitimately settled in the UK will be affected.

From 1st April 2018, there will be a requirement for any privately rented properties to have a minimum energy performance rating of E. The government has announced it will be unlawful to rent out a property which breaches this minimum rating. A civil penalty of up to £4,000 will be imposed for landlords who do – meaning properties which fall in the F or G category will no longer be acceptable.

Laws that could be introduced…

There are several proposals that have been suggested for 2018, but not yet confirmed. Here is a key list:

Your Council Tax could increase
This week, the government relaxed rules on council tax increases – meaning families could see their bills rise by up to £100 a year. Previously, local authorities could only put council tax up by two per cent thanks to a Government cap and if they wanted to increase it anymore, they had to have a referendum. But as of March 2018, councils could well raise bills by up to 6 per cent without holding a vote – making it the biggest hike for 14 years. However, this is a provisional announcement which will be subject to consultation and a final settlement announcement will be made early next year.

Grandparental Leave could be introduced
In 2015, the government announced plans to introduce a shared parental leave scheme which includes grandparents. Part of the changing dynamic of childcare in the UK, the government estimates there are 2 million grandparents who have stopped work or taken time off to provide care for their grandchildren. Grandparents will be able to share up to 50 weeks leave with their child in order to care for their grandchildren in the first year after birth. While the policy is expected in 2018, it has not be officially confirmed by Theresa May’s government.

Data Protection
Despite Britain leaving the EU, it’s still expected that we will adopt the EU’s General Data Protection Regulation into British law in March 2018.
This will impose much tougher punishments for companies that fail to stick to new rules around the storage and handling of personal data.
Thousands of businesses in the UK not only collect personal data, but store and access it online – and it is then used for sales and marketing. The new law will make this harder – and aims to protect people’s data being hacked by cyber criminals.

Happy New Year to you all from Cruzlaw LLP.